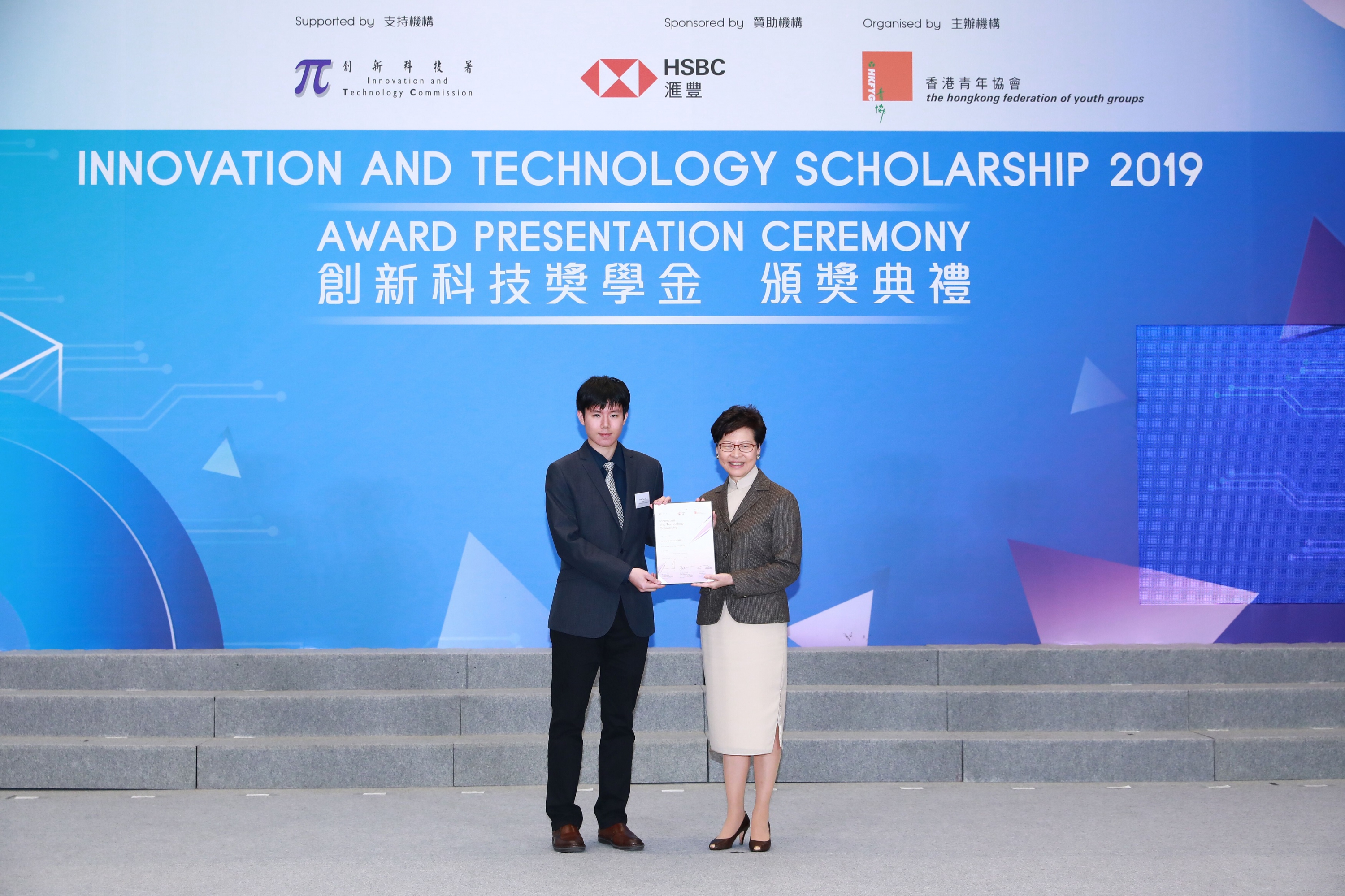 Nobel Peace Prize Laureate Malala said during her 2020 Commencement Speech that “when we go through some tough challenges, we learn about who we are and what we value in our life.”1 For someone like alumnus YEUNG Chun Yat Frankie, who continuously strives for excellence in his studies, he’s certainly had his share of challenges, and what he found over time has been enlightening to him, to say the least.

Let’s turn back time to 2019, when in late June, a news interview with then-2nd year Physics student Frankie, a new InnoTech Scholarship 2019 recipient, showcased his spirit of discovery and curiosity towards the world around him.2 At that time, he shared extensively how his study of Physics in the Enrichment Stream of Theoretical Physics has inspired him to be motivated in self-directed learning so that complexities can be sorted out and then hopefully, like Nobel Prize in Physics Laureate Richard Feynmann suggested, can appreciate the beauty of things in life.

Fast forward back to the present, and Frankie has not only graduated from CUHK with a BSc in Physics with an impressive GPA, but he has also enrolled in a highly competitive master programme at a world-leading university.

A Change in the Making

Now based in New York City, USA, Frankie is studying a MS in Financial Engineering at Columbia University. Financial Engineering may seem like quite a change from Physics, but as Frankie shares, his time at CUHK was well-spent to prepare him for the next step in his studies and future career. Frankie notes that quantitative finance shares much with the sciences, and his training at the CUHK Physics Department has equipped him with knowledge in stochastic calculus, differential equations, and computer simulations (in C++/Python languages), which have proven very useful in his current work and study.

To Frankie, not a moment’s time should be wasted, hence throughout his undergraduate studies, during term time he worked hard to learn many new things in his courses, as well as apply to various scholarships and exchanges, while summer terms were spent on exchange or working on research projects.

During his undergraduate studies, Frankie cherished opportunities to conduct exchanges overseas, such as seen here when he spent a term studying at UC Berkeley.

With this in mind, Frankie graduated with a major in Physics, minors in both Mathematics and Statistics, and a lot more understanding about himself. He stressed, “It’s important to try new things, and it’s alright if you find out that they’re not for you. You at least know that it wasn’t meant for you.” With this way of thinking and his highly motivated learning attitude, Frankie managed to complete two exchanges overseas – first at the London School of Economics and Political Science in the summer of 2019, taking courses in data science, machine learning, and real analysis, then at UC Berkeley for Term 2 of 2019-20 studying artificial intelligence, quantum computing and quantum mechanics.

However, the seed to explore a new field was sown even earlier than his exchanges, as he first became exposed to financial mathematics in Year 2 at CUHK, and discovered that mathematics he acquired from Physics training was also useful to solving real-world problems. This discovery sparked his curiosity, and thanks to CUHK’s flexible curriculum, Frankie could have the freedom to tailor his courses and explore his interests, learning more about himself all along the way.

Frankie embarked on his postgraduate studies in autumn of 2021, and has since settled nicely into a new learning environment. His past training as a Physics major has been immensely helpful in the sense that he is well-versed in mathematical and statistical modelling, differential equations, and with a strong ability to read scientific papers to help him remain highly-self-directed in learning about different research.

When heading into his master’s study, Frankie already knew that he wanted to seek employment in an investment bank following graduation. Hence, as early as September 2021, he began preparing himself to find an internship at a bank, and also worked with his peers to conduct mock interviews so that they could improve their chances to stand out from among the numerous applicants, and secure an offer. Frankie’s hard work paid off, and he was accepted into a ten-week internship programme at a well-known, international investment bank, Morgan Stanley. He was assigned as the sole intern to the Flow Derivatives Team comprised of six members to work on volatility surface fitting for options. Interestingly, his fellow team members also come from science backgrounds.

Frankie is seen here on the LED wall of the Morgan Stanley global headquarters at Times Square in New York City, where he is a summer intern in 2022.

Looking forward to the future, Frankie sees himself entering the field of quantitative finance, working either in the USA or in Europe, where there are the most opportunities for this field. Having graduated from his bachelor’s not long ago, Frankie has the following words of advice to his junior fellows who may still be exploring their options, “Be early to try different things, and be bold to step outside of your comfort zone. Be willing to experiment and be brave to approach professors to conduct a research project.” Despite making it look rather effortless to cross cultural boundaries to embark on work and study abroad immediately following his undergraduate studies, Frankie has no doubt had his share of challenges to reach where he’s at, and he has grown to know more about himself along the way. He might have taken an unconventional route to reach where’s at now, but what he learned along the way have made him who he is today. 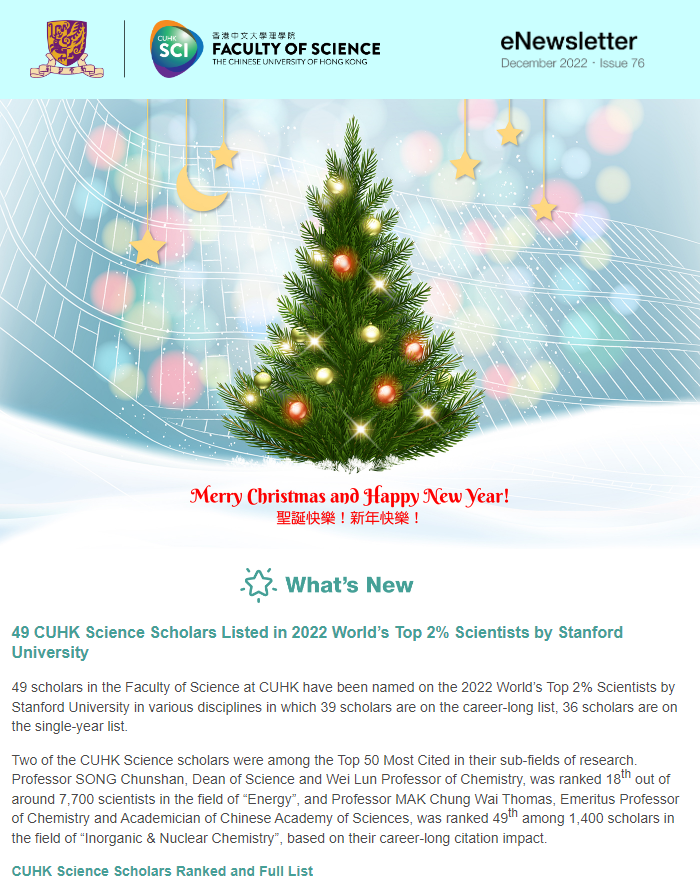